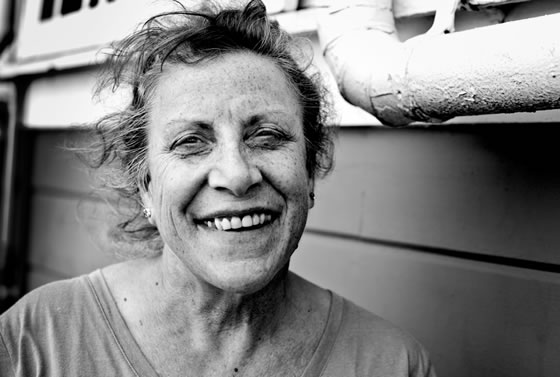 Downtown Streets Team (DST) launched in 2005 with just four men who wanted to stop panhandling and rebuild their lives with the help of case managers and employment services. Their effort to start anew was designed to help themselves and others find hope, dignity, permanent housing and lasting employment. Now, Downtown Streets Team is close to fulfilling an ambitious goal – finding 1,000 homes and jobs for people who have beaten the odds, showed resiliency and restored hope for others who believe in an end to homelessness.

One of these people is Jay Jay, a DST Team Member who could be the next person to find a home and a job. Four years ago, Jay Jay (pictured) became homeless after escaping an abusive relationship. Since joining DST, her hope for stability has been restored. She loves fashion and making gifts for people, including fellow Team Members. Despite many roadblocks, she is making great strides and rebuilding her life.

DST looks forward to SVGives every year because it allows the nonprofit to showcase how it's ending homelessness through the dignity of work across the Bay Area in a fun and community-centered way. New supporters play a critical role in helping DST reach milestones, such as finding those 1,000 homes and jobs for people who are unhoused and unemployed. Just as there are many reasons people become homeless, there are many little steps that must be taken before someone gets off the streets for good. During this year’s SVGives, staff and team members at DST are inviting the community to help them reach 1,000 homes and jobs.

Homelessness is a complex issue, and it will take everyone’s help to end it. SVGives gives DST – and other nonprofits – the opportunity to reach new supporters who are passionate about the journey toward ending homelessness.