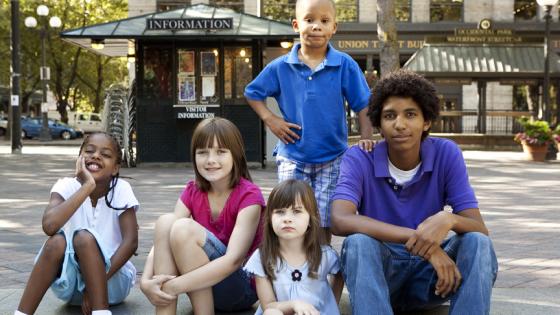 Court Appointed Special Advocates (CASA) of San Mateo County is a nonprofit organization of volunteers supporting abused and neglected children in the foster care system. Through the program, CASA is able to bring a guardian angel of sorts into the lives of such children. Including their matching grant of $10,000, last year’s SVGives raised a total of $49,361 for CASA.

Mary D’Apice, grants coordinator for CASA, who was actively involved in last year’s SVGives campaign, is hopeful of surpassing SVGives 2014 this year. In her own words:

“SVGives truly energized our board, staff and donors as well. One donor stepped up to offer a matching gift of $10,000, which was in addition to her usual annual gift. For the first time, CASA volunteers who work directly with foster children were encouraged to help us spread the word in support of our fundraising efforts.  I believe that it was this grassroots effort that brought us 77 new donors out of a total of 164 donors.

Including our matching grant of $10,000, the total raised on May 6 was $49,361. Although it’s difficult to track, I think that SVGives had a ripple effect that extended beyond May 6, 2014. I believe SVGives gave everyone the confidence to share their passion by promoting CASA of San Mateo County through SVGives. We appreciated the opportunity to participate last year and hope that it is even a bigger success this year.”