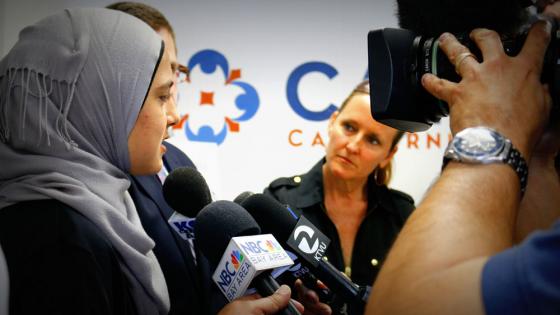 Founded in 1994, CAIR-SFBA is the oldest CAIR office in the nation and serves the nine Bay Area counties. The nonprofit’s mission is to enhance understanding of Islam, encourage dialogue, protect civil liberties, empower American Muslims and build coalitions that promote justice.

During SVGives 2014, CAIR-SFBA sought to rally the community’s support for a U.S. Citizen stranded in Yemen when his passport was revoked.  As a result of the revocation, he was trapped in Yemen for almost a year and the business he owned in the U.S. folded. He was exiled until he contacted the CAIR-SFBA office. Upon his return, he turned to CAIR to help get his passport back.

CAIR-SFBA sought to fundraise $3,000 to cover the pre-litigation expenses that its civil rights department would incur. The group raised more than 10 times that amount with over 160 unique donations made that day! The funds helped CAIR’s legal team represent the man in numerous hearings with the State Department, as well as continue to seek justice for more than 100 other cases.

SVGives gave CAIR-SFBA a unique platform to reach and rally the community around justice and introduce a new pool of supporters to the mission and vision behind its civil rights work.  The group looks forward to participating again on May 5 to support another critical aspect of its work: community empowerment.